A Day inside the Most Notorious Prison in the US 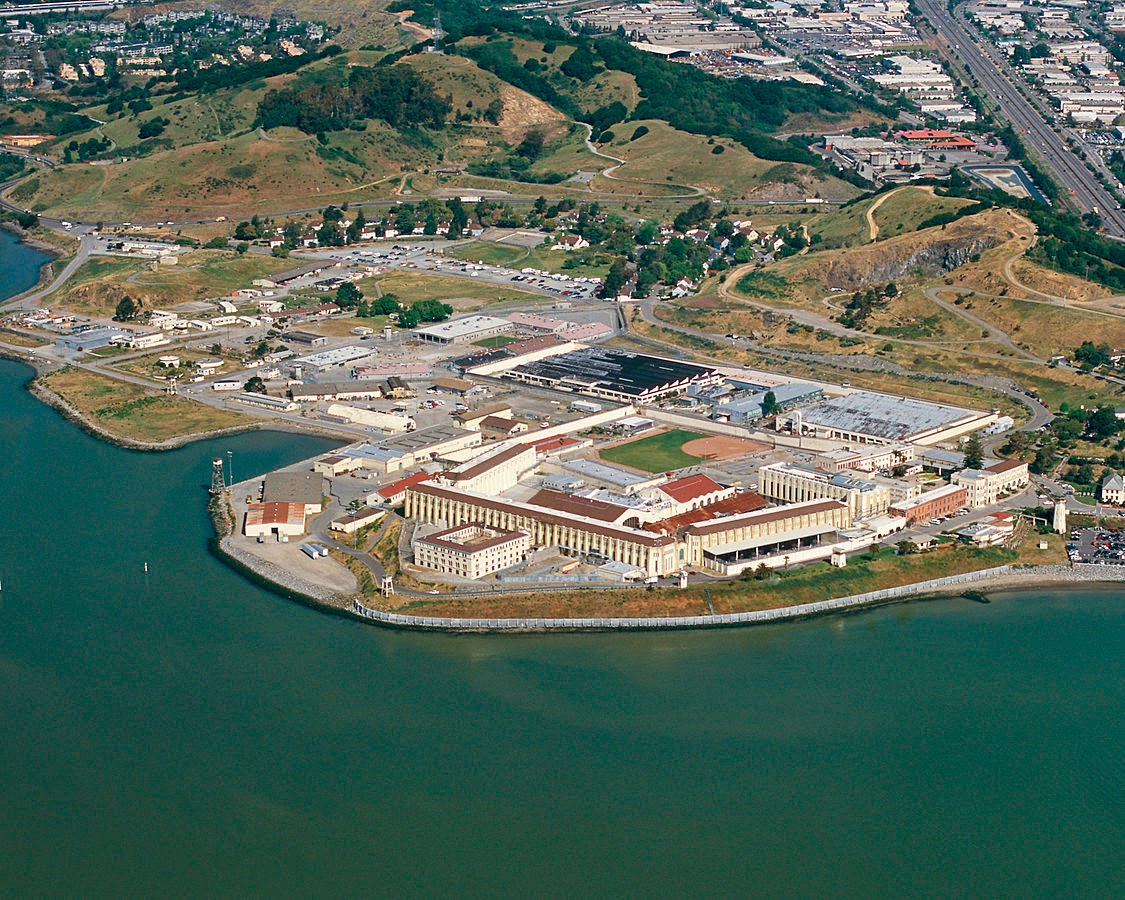 Last weekend, I was in one of the most notorious prison in the United States, infamous for housing some of the worst criminals in the country’s history. Established in 1852, among the oldest and largest facilities in the US with 4,000 inmates (at 130% capacity), San Quentin is the only prison in California with death row. Set on the shores of beautiful San Rafael Bay, the penitentiary is spread over 432 acres and even has its own zip code. I’d summarize the experience of the day at the prison as “glorious”. Here’s why.

I was invited to participate in the One Village Walk organized by KidCAT for Amala Foundation, our partners at Peace in the Park. It was an opportunity to be face-to-face with lifers and determinate sentence. At the orientation session a couple of days prior, we were told not to ask 3 questions inside the prison:
1. What did you do to get here?
2. How long have you been here?
3. When are you getting out?
With the exciting stories now tabooed, one had to be very creative on holding conversations with inmates for a whole day. 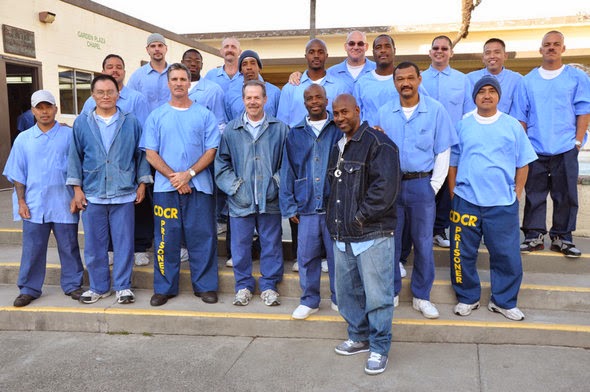 After an early 7:30am start and a series of security screenings, we were led into a large room where we were introduced to our hosts. They were referred to as our ’brothers-in-blue’, men who were hand picked for having done sincere work on themselves and showing significant transformation. Some of them had been locked up since the 1970s, about the time I was born, and they have been worked hard on directing their emotions and energy for a higher purpose. They walked us out onto the “yard”, which had a large baseball diamond, tennis courts and basketball hoops. Here we found ourselves in the midst of about 3,000 men. The first order of business was a silent lap around the yard with the inmates. Somewhere during this lap, I noticed all traces of fear or discomfort fading away. As I walked and talked to these men, it felt like striking up a conversation in a park. They were regular people. I felt safe having long conversation with them. As one of my colleagues pointed out, it felt safer in here than several places out in the world outside, perhaps subconsciously reassured by the presence of our brothers-in-blue watching out for us.

I walked many laps that day and talked to many men, but two people stuck with me almost the whole time. They were a couple of Indian guys and I could see they were thrilled to see a fellow countryman. One of them hardly spoke English so it was a rare opportunity to interact with someone in a language he was comfortable with (Hindi). I realized how important it was for these guys when I chose to take a break for lunch and go into our break room. The two men stood right at the gate waiting for me to finish so they could continue the conversation.

Later in the day, we had a concert performed both by visitors and inmates. A special item was a closing number by the inmates, something along the lines of ‘We are one’. I was transported! The warm sea breeze, beautiful music, and standing among friends - I could have been in a concert at the Golden Gate Park. I lost all awareness of the confines. The walls and the guards dissolved. 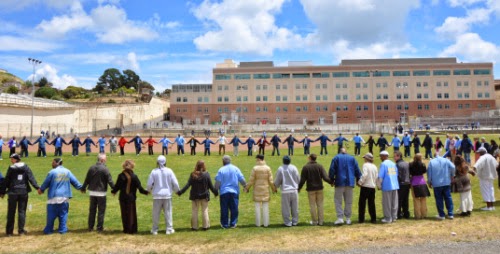 Another profound moment was the closing circle when we held hands for a closing meditation, some 400-500 of us. I closed my eyes and felt safe. There were no “them” and “us”, there were no stories playing in the head. We were holding hands as brothers.

Back inside the break room at the debriefing, tears flowed freely as people shared the powerful expression of solidarity. It was a day of bonding. When the brothers-in-blue spoke, there was an ironical sense of freedom within the walls. So, what does it mean to be free? There are people living outside in the “free world” within cages of their fears, desires, and attachments from conditioned thinking. It was all too clear liberation is an inside job.
I left that day feeling that this facility was a monastery; a cave for self-reflection and these men were monks. If we all took time everyday to go into our own caves to reflect on essential questions such as “who am I” and “what am I here on this earth to do”, would there be fewer incarcerations?

Wonderful!! Liberation is an inside job, Indeed!

Janardhan This Is Such Powerful Transformational Work! People don't become inmates over night; vast majority having severe trauma and wounding of their own inflicted at early ages. The layers are so many yet penetrable by meeting them beyond judgement when we step into LOVE!! Rumi said it well, "Out beyond ideas of right-doing and wrong-doing, there is a field. I will meet you there." <3 <3 <3

Thanks, Erin for the reminder on Rumi's quote about the "field"!

thank you for being there with our brothers

Beautiful Janardhan....thank you for sharing your experience. Blessings.

So glad this resonated with you Shivalaya and Michelle.