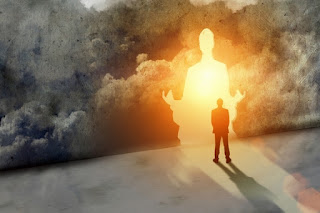 I've heard of stories about the after-life and have seen films on interfacing with the invisible parallel realm of spirits. But I've never seen an entire culture tap into that realm on a regular basis for guidance, even to this day. During my recent trip to Bali, I spent meal after meal hearing accounts from locals about channeling departed spirits and their messages, an invaluable incentive for staying with locals rather than at a resort. For many nights, these hair-raising stories kept me awake wondering about the world of intelligence that exists all around us that we are blind to.


Why isn't this covered more in popular media besides the occasional late night TV documentary or a Hollywood blockbuster? The problem with "modern society" is it needs proof for everything. Ironically, it's impossible to measure metaphysical phenomenon with physical means. Also, people who have these experiences are often fuzzy about the stories, it's hard to tell whether it's their fears being projected or hallucination.

I documented personal experiences from two educated men on the island, Wayan Rustiasa (WR) a college principal and Ketut Subakti (KS) a businessman on the main drag of Ubud, both of whom were very articulate about their personal encounters. Here are a few of their experiences, particularly when then broke away from family tradition to practice a meditation technique deemed a betrayal to their culture. Walking a spiritual path, especially one that is foreign, can be quite an obscure ordeal and it is interesting to hear how the ancestor souls perceived it from their vantage point.

Big Ceremony
KS: I was around 7 yrs old. At a very young age, I moved from Sulawesi island to the village of Pajahan on island of Bali. My brother and sister moved to Ubud. 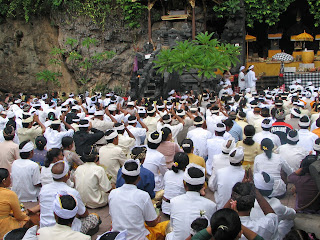 My parents were in another village and I was given to my uncle to be adopted as they did not have children. My brother came home to visit one day with 7 other people, all dressed in white. They come to attend a ceremony that we consider “big ceremony” where we invite ancestor souls and deity which protects our village. They protect us by being around us all the time. Visitors from neighboring villages can only attend our temple when it is this big ceremony. Even our relatives who get married away come back to the village for this ceremony.

On this day, the invoked soul looked around and stopped when it came to the group of Brahma Kumaris who were with my brother. The villagers were concerned my brother was going down the wrong path in the company of this group. Contrary to everyone's expectation, the soul said to rest of gathering "If you follow this group, it is best. This group flies up to the Light like shooting stars. But (looking at my brother) don’t forget to remember me sometimes. I am also light, same like Him, just lower. So talk to me a little bit and then you can go up." This was both startling as well as a sign of humility. The ancestor soul acknowledged connection with God is ultimate but there was attachment to the people as the one who protected this family from many generations.

The World at the Edge
KS: Every six months we used to go to Buleleng (North Bali) to do an even bigger ceremony. The belief is that our family had past lives there. When the soul arrives in the medium, there is a big jerk in the body of the medium. Usually the soul that arrives declares its name and where it has come from. A famous soul invoked on the island is Agnijaya, who resides in Karangasem (highest mountain). He came in body that day and declared himself as the 'wise one'. The sign of a spiritually evolved soul is the medium stays very calm, has a soft nature, shows authority in speech, and the whole gathering is rapt in attention. Agnijaya was very still and spoke very little. He looked to the sky many times before he spoke. He said something very unique that day, “Pay attention.
Look at the sky. It is already too late for the world. The 'sun' is about to set. Pay attention.”

In contrast, less evolved souls shake a lot, sometimes joke, drink alcohol or smoke and also offer cigarettes to the audience to make the atmosphere light. We have noticed that none of the souls ever lie, regardless of how evolved they are. On occasions, the message from the soul that arrived could be quite the opposite of what the medium wants in his/her awake state. So, the medium’s desire and preferences are not necessarily supported by the invoked spirit.


Raja Yoga is the Highest Teaching
WR: One day I had an accident while teaching my brother to ride a bike. The bike was too big for our size and my brother had a broken arm. Plus, my family was very opposed to us practicing Raja Yoga meditation and we were seen as deserting the family traditions.

When something happens in our village, it is common for the people go to our temple and ask the ancestor spirits why that is happening. The spirit entered my uncle’s body, the local head priest and started speaking. It said “Raja Yoga is the highest teaching. Wayan and Ketut are going up and up to the sky to the Light. That’s what they care about. But they don’t remember me. I am a light too.”


Your Father beyond the Sky 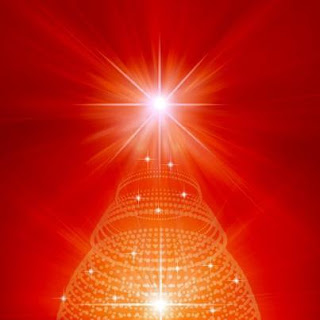 WR: Once we were having a ceremony in our Shiva temple. Every clan has a main temple which is where their ancestors are rooted, called the Shiva temple. People on the island may ask "Where is your Shiva?" by which they mean where is your ancestor temple.

In this temple we often channel spirits. The ceremony usually starts at 4am. On this particular occasion the spirit declared himself as Agnijaya. It is believed that he resides in Lempuyang (holy lamp) which above Vasaki temple (mother temple). This spirit said “You are supposed to worship Bapa Luhuring Akasha (Father beyond the Sky). You should remember Him first and then the rest. I am lower than Him. Jagat sampun napak cening (the world is at the edge, children)".


Hearing these stories, I came away feeling like the Balinese have village elders, who happen to be invisible to the naked eye. They check in with these 'elders' to see how they are faring and what to focus on in the future, just like we would talk to a wise elder. This seems to have worked for the Balinese to protect their people and preserve their culture for thousands of years.

Like any ancient tradition in the world, however, this art of channeling is quickly dying with the influx of technology into every home. Large portion of days spent in front of the screen takes away ones capacity to tune into the metaphysical realm. Fact is, it's easier today to ask questions of Google than being celibate, vegetarian and performing ceremonies at 4am. But Google can provide data, not wisdom. It cannot tell us what the future holds or what needs to change in our demeanor for the greater good of the society.

We all find ourselves in predicaments and could use some guidance from a higher perspective. Could we tap into this higher intelligence at those moments by quietening our minds with the faith that the Great Spirit is here to help us?
Posted by Jay Chodagam at 4:30 PM

Very interesting ... how ancient cultures hold a trace of a greater reality..

Exciting and thought-provoking. Yet challenges credibility. Has to be some pramana to corroborate and distinguish from fiction or fantasy?

Yes, I have witnessed some of this on the path of devotion back in Guyana many years ago. Not by the one claiming to be light and below the Supreme, that is quite fascinating. Sounds like Brahma Baba speaking to them. Truly enjoy
reading of your travel experiences.

Thank U for Sharing Janardhan .